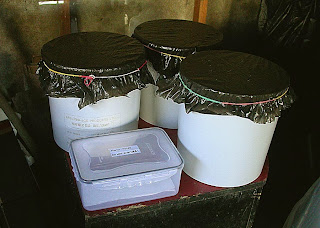 Thanks Charlie, I look forward to the results in spring.

Yep, I didn't make the same mistake as last time when I sorted them out indoors :-(