This Saturday 29th June, Arrivals between 9-10pm, At the Cabin.
If it turns out to be as warm & sticky as the weatherman promises, we should get a really busy night.
Don't forget a torch!
It will be light when you arrive, but may be very dark when you leave!
Posted by B.Nield at 02:38:00 0 comments

The night was more or less dead calm, warm and dry, consequently there were lots of moths on the wing with over 60 species recorded including 5 new ones for myself. There were the usual  aesthetically pleasing moths such as Peach Blossom, Buff-tip and Eyed Hawkmoth plus plenty to keep the micro moth enthusiasts happy.


The following are moths I took for ID or new ones to photograph during daylight. 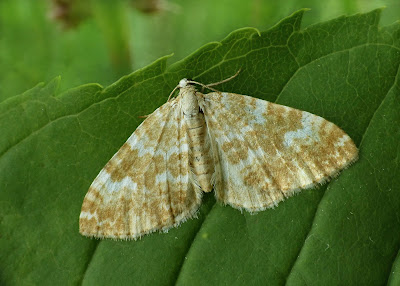 There were at least four Sandy Carpets among the more common Flame Carpets and Silver Ground Carpets. 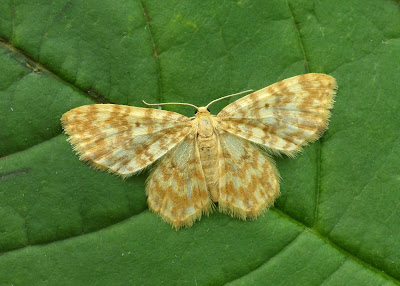 I took another small carpet species home in the hope it would finally open it's wings for ID, and when it did I was pretty surprised to find this gorgeous little Small Yellow Wave - another new one for myself. 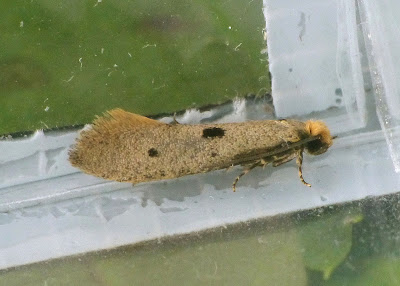 There were two of these Bird's-nest Moths (Tinea trinotella) to light, I wonder which nest they used.
The latin name refers to the three spots of unequal size on the forewing. 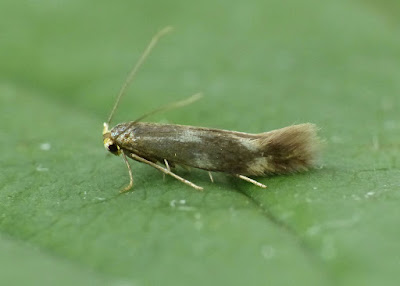 Definitely a moth-er's moth this one, the tiny Daisy Bent-wing (Bucculatrix nigricomella) - the first adult Bucculatrix I've ever seen at a trap. A worn and tatty moth but the white eye-caps at the base of the antennae help narrow this species down. Food plant Ox-eye Daisy. 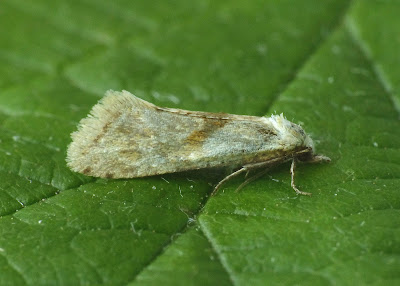 This Straw Conch (Cochylimorpha straminea) may be a first for Calderdale - unless somebody knows differently. Food plant Common Knapweed. 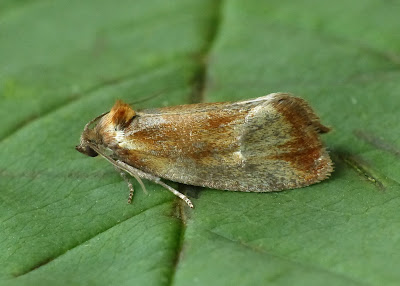 And the fifth new one was this rather attractive Brassy Tortrix (Eulia ministrana).

Mainly for Barry's list are the following that I took home to ID:

Also lots of micro Caddisflies to keep me on my toes!