Robin has organised a meeting with Chris Tomson from the RSPB to visit Cromwell Bottom on the 12th January 2012. Click for full details.

Posted by Cromwell Bottom Wildlife Group at 10:55:00 No comments:

Arrived today with excitement of exploring the Brockfoot loop which I haven't previously visited, thinking tag loop was the extent of the reserve! A lovely sunny day and quite mild for this time of year. I started off in fishermans car park with Blue & Great Tits and our friend the grey squirrel! I walked on to the reserve and this time across the yellow brick road. As I reached the top I spotted a Kestrel hovering which eventually flew. I continued on down towards spider bridge when I heard a great commotion in the trees, suddenly a Sparrowhawk flew out only about 10ft above my head, a great sight but alas I had forgotten my camera (again!).

As I crossed spider bridge a party of Long-tailed tits crossed with me, this seems to be a favourite spot for them, also present were goldfinch. And then into the unknown! An overgrown paradise awaited, I finally found one of the lagoons which is severely overgrown, probably 90% overgrown with reeds, a real shame as i'd hoped to maybe pick up a few waders. I crossed the bund between lagoons 1 & 2, there is actually a good amount of water in lagoon 1 but lagoon 2 looks a lot drier. I wouldn't recommend crossing the bund as this is where it got very messy! A steep slushy bank was difficult to negotiate, and once on the other side of the reserve the paths along the river bank were particularly boggy, avoid this path unless you have wellies & waterproofs on, it's quite hard going.

I finished at the far end of Spaghnum Bog (wibbly wobbly) and decided to walk back on the canal footpath, rejoining the reserve for a short stretch where a dog walker with dogs unleashed ruined the chances of any more birds and the two kids on their cycles... Its clear people have been coming on to the reserve from the canal paths even up sloped banks.

Lots of black headed gulls as usual on the watersports lake and 6 cormorants on the water jump. Another party of long tailed tits waved me off from the fishermans car park from my short visit.

A nice visit but im looking a bit worse for wear in my muddy trousers in the office this afternoon! Highlight of the visit was the Sparrowhawk. Unfortunately I think this will be my last visit to the reserve of 2011, I look forward to meeting the FoCB members in 2012.

Merry Christmas and a happy new year to all at Cromwell Bottom, lets hope 2012 yields fantastic results for this wonderful place.
Posted by Andy Kiz at 14:03:00 1 comment:

There is a short note about the sad death of Colin on the Calderdale Wildlife and Bird Blog. Colin died on Saturday at Overgate Hospice aged 62. There is no doubt Colin would have been prominent in this group and the first to get his hands dirty. He had extensive knowledge of all aspects of Cromwell Bottom.

He will be missed by a great many of us to whom he freely gave help and imparted knowledge over many years.
Posted by Cromwell Bottom Wildlife Group at 15:34:00 No comments: 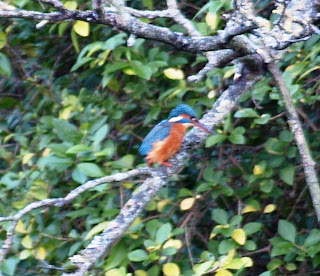 Not much in the way of variety but delighted with the Kingfisher. Here's hoping for more breathtaking moments on my next visit.
Posted by Andy Kiz at 14:03:00 1 comment:

The next meeting of the Group will be on Wednesday the 23rd of November at the adult learning centre Chapel Lane, in Brighouse (opposite the bus station) at 7:00pm. ALL WELCOME please come along and show your support.
Map of venue.
Posted by Cromwell Bottom Wildlife Group at 10:29:00 No comments:

Prior to the completion of stretch of the Calder and Hebble Navigation canal between Elland and Brighouse in 1808, barges on the River Calder would navigate meanders by temporary “cuts”. Tag Cut at Cromwell Bottom, constructed to provide water access to Elland Stone Mill, was built in 1770 but appears never to have been used. Today, its remains form part of the Cromwell Bottom nature reserve, running just below the railway line and Strangstry Wood.
During the early 20th Century the area was a popular beauty spot but the site was forgotten for many years whilst the area was used as gravel pits and then for landfill. However, the cut still holds water and whilst it has the appearance of being stagnant, there is actually a slow flow which contributes to the diversity of wildlife habitats. It’s one of the most important sites for dragonflies in damselflies in West Yorkshire, with at least ten different species recorded, not to mention herons, kingfishers and a range of flora.
It is certainly an atmospheric place. Due to the area’s history as a landfill site – including for highly alkaline fly-ash produced by the now-demolished Elland Power Station which once stood nearby – the trees cannot put down deep roots in the shallow soil and so appear stunted and unusually contorted. Meanwhile, the water in the cut is tinted orange on account of iron oxide and clay leaching through the soil from old workings at the disused Calder Mine on the hillside above.
It is not known why the cut was never actually used. It may be that it was simply superseded by the Calder and Hebble Navigation. However, a much more sinister possibility is that the area was once haunted by an apparition called Tag, a headless ghost who drove a carriage pulled by a two-headed horse down the length of the cut from a secret passage leading to Elland New Hall. It is even reputed that a room in the hall once went by the name of Tag Chamber.
An article in the Halifax Evening Courier & Guardian dated 6th August 1938 records the experience of one woman who often stayed at New Hall in the early Nineteenth Century. One night she was so disturbed by mysterious crashes emanating from Tag Chamber that she fled the building, believing it to be the sound of Old Tag setting out on his nocturnal travels. Nothing could persuade her to sleep at New Hall again for many years.
Meanwhile, an article in the Brighouse Echo dated 29th October 1971, speculates: “Has anyone seen a headless horseman recently? There is a local legend that such a gruesome apparition can be seen on windy nights galloping past Cromwell Bottom or along Elland Lane at the bottom of Lower Edge. The most likely origin of this tradition is a bitter dispute that occurred some 600 years ago and which has become known as the Elland Feud.”
Such an origin for the tradition would be very satisfactory indeed but on closer inspection it seems unlikely. Whilst New Hall became the home of what remained of the de Eland family after the Feud through marriage to the Saviles, at the time of his murder Sir John de Eland the Younger still lived at Elland Old Hall, sited on the other bank of the Calder to Tag Cut and New Hall, and it thus seems more likely that any such apparition would be associated with Old Hall instead.
gwh
Kai Roberts and Ghosts and Legends of the Lower Calder Valley
Posted by gwh at 20:02:00 1 comment:

Dear All,
If you’re interested in the re-capping of the land fill site on North Loop at Cromwell Bottom (due to take place next summer), there will be an evening meeting on the Wednesday 9th November.  This will give you the opportunity to hear about plans and schedules for the work and also to ask any questions you may have.
The venue is the Mulberry Suite of the Brighouse Sixth Form College, Parsonage Lane, (off Church Lane)  for 7pm. Please follow the attached link for directions.
http://www.streetmap.co.uk/map.srf?x=414348&y=423005&z=106&sv=414348,423005&st=4&ar=y&mapp=map.srf&searchp=ids.srf&dn=593&ax=414348&ay=423005&lm=0 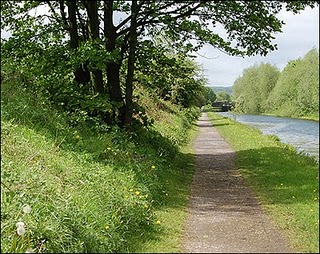 Many thanks to those who attended the meeting, we have a new committee member in Mike Henshaw who's knowledge of the reserve will be invaluable to our group. Thanks to Mike for accepting the invitation. A special thanks also to Hugh for walking us through the process of setting out a constitution. We as a group have set out an interim constitution that will be ratified at the next meeting and will be held in place until a full A.G.M., where it can then be made permanent by the full membership. This will give us the means to start a membership list / bank account / fund raising etc without having to wait until March. My thanks to Lisa for taking the minutes and typing this up. Anyone wanting a copy if you could e-mail me at gwhaigh@gmail.com I will endeavour to send you one. A date has been set for the A.G.M. for the 21st of March 2012 venue to be announced at a later date, I hope you will all come along where we are hoping to have a slide show of members pictures and maybe some supper. The next meeting of the group will be on the 23rd of November at the adult learning centre in Brighouse ALL WELCOME please come along and show your support.

(21/9/11) This evening I attended a meeting to look into setting up a friends group for the Cromwell Bottom nature reserve in Brighouse. Cromwell Bottom is an area of outstanding beauty and the friends group would look to protect the diversity of wildlife in the area and enhance the reserve so that it can continue to be enjoyed by many people in the area.
The meeting was a success and an interim committee has now been set up which will look to work with the Council to preserve and promote the area. Anyone interested in joining the friends group should contact Mr Robin Dalton (Robin.Dalton@calderdale.gov.uk) at Calderdale Council.