Making A Mealy out of it!

The Offending "Mealy" Redpoll was back again, sticking around long enough between the Bullying to get a few shots off! At one point there was another one just the same (making 2) but again gave up due to the relentless bullying. Every other Redpoll at the station laid into this fella the second he landed, pretty much pointing out a definate difference to the Lessers.
When the light catches it properly the "whiteness" stands out as in the third shot. 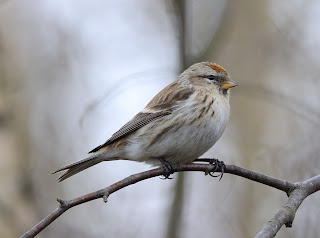 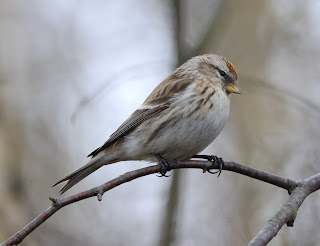 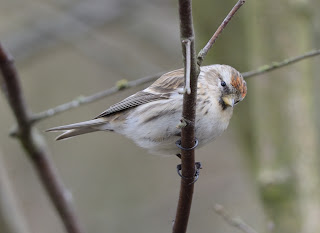 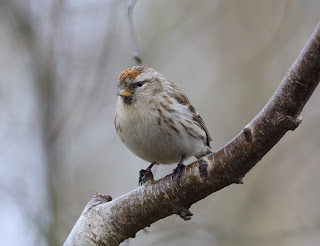 Afer a relatively quiet morning - thanks to the weather, I had Siskin (3 males) on the Niger Early on, there had also been an attempted visit from a Goldfinch, but the Redpolls didn't let it near the Niger.
Numerous Crows were hanging around wanting to raid the table, & 2 Males & one Female Mallard turned up to vacuum up the floor. Both Male & Female G.S.Woodies were visiting the Peanuts, & all the other usual suspects, including 3 pairs of Bullfinch. 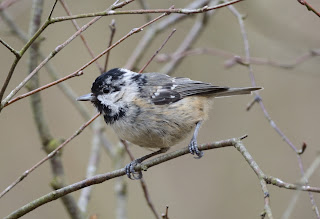 A couple more of 2 of my favorites at the station. 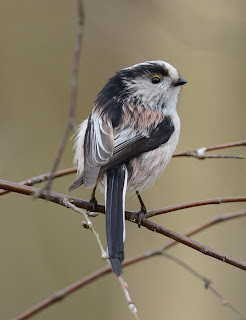 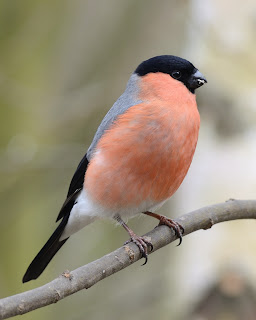 Lets see if the weather improves for tomorrow!