I had a fungi foray along Tag Cut on the 27th and really enjoyed the leisurely walk in solitude with just the occasional peep from a Kingfisher and the occasional, mournful song of a Robin.
NOTE TO TRUSTEES: Please don't lay a new path along there, the wildness and lack of fellow humans was quite refreshing :-)
Main fungi highlights were some very photogenic Common Eyelashes and a couple of new species for myself. 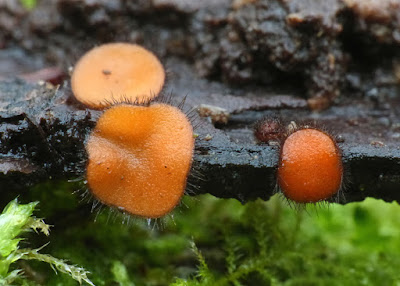 Common Eyelash (Scutellinia scutellata) growing on a fallen birch log. It's been a few years since I've seen these so photographing them with a modern(ish) camera was a real treat. 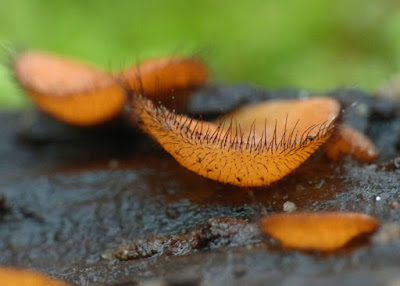 A close-up of the hairs that give the fungi it's name. 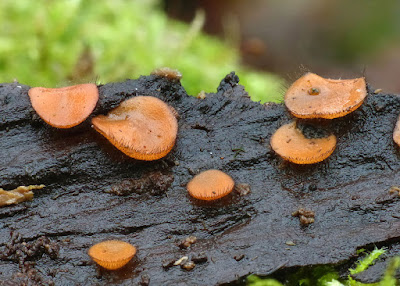 At around 5-7mm across they're easily overlooked. 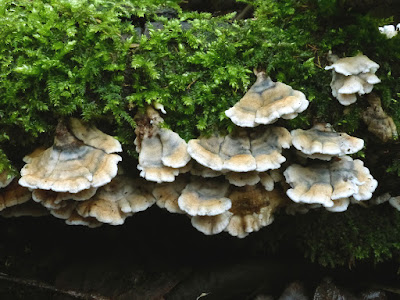 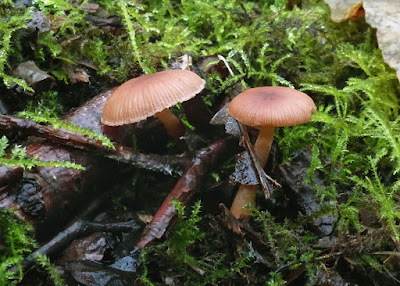 Scurfy Twiglets (Tubaria furfuraceae) by the towpath at Cromwell. Not so many mushrooms about at this time of year but these are well know for fruiting well in to winter. 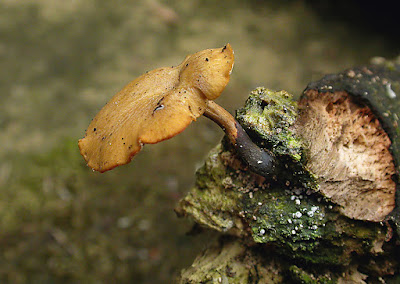 There were a couple of Blackfoot Polypores (Polyporus leptocephalus) where Tag Cut meets the river but the rain prevented me getting my camera out so this one's from Pixie wood a few years ago. The name derives from the dark base to the stem. 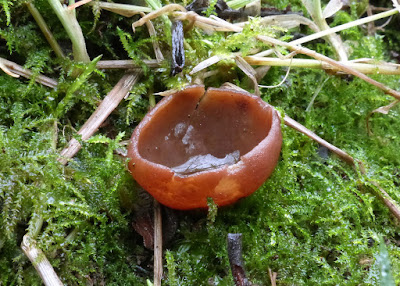 Maybe the best sighting of the day was this cup fungi - possible Bay Cup (Peziza badia) but it I'll have to wait for microscopic examination by an expert for a positive ID.

What a good set of pictures Charlie - keep them coming.

Re path. I agree that path is good as it is. There are no flooding concerns or undue wear.