I had a very pleasant wander around Tag meadow in the morning and North Loop with Alan Pullan in the afternoon. Still a bit early for most species despite the warm, sunny weather. Just two species of butterflies were ID-ed and six moths, however three of those were nice finds. 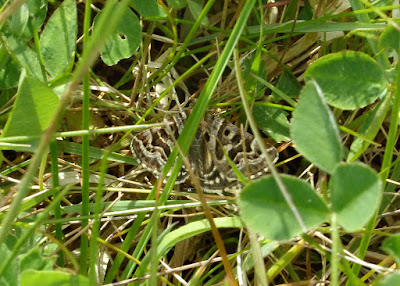 Highlight for myself was my first ever Mother Shiptons, one in Tag meadow and one on North Loop. Their habit of being skittish and landing in dense vegetation made photography difficult. You can just see the old hag's face on the forewings. 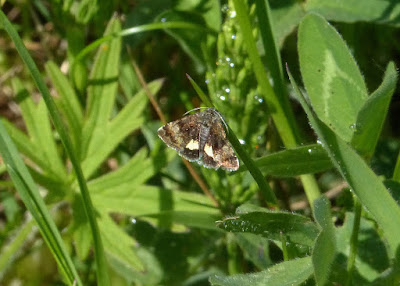 Another interesting one was this Small Yellow Underwing. Despite being a macro moth it's quite tiny with a wingspan of c20mm and therefore easily overlooked and under-recorded. 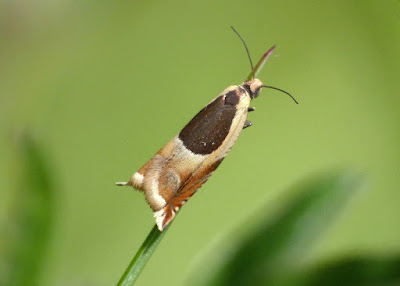 There were quite a few of these Common Rollers (Ancylis badiana) about as would be expected. 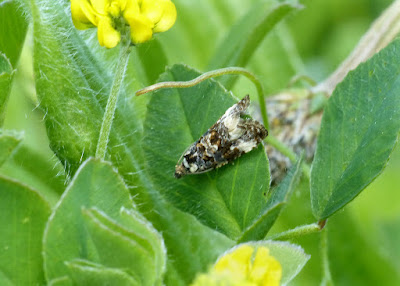 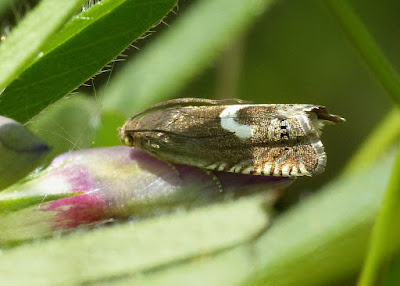 Much scarcer was this Vetch loving Northern Crescent Piercer (Grapholita lunulana). It's often difficult to pick out amongst the more common Grapholita species. 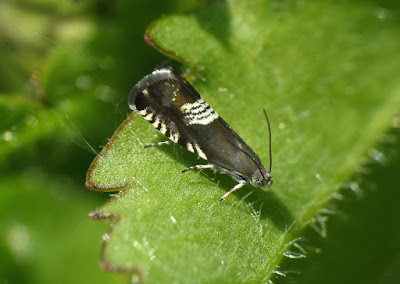 Two of these very small Triple-stripe Piercers (Grapholita compositella) were disturbed from the low herbage but were too flighty (and small) for photographs so this is one I took last year.

Just four butterflies were seen all day: One Peacock, one Green-veined White and two unidentified whites.
Posted by charlie streets at 10:29:00

Some nice ones there Charlie.