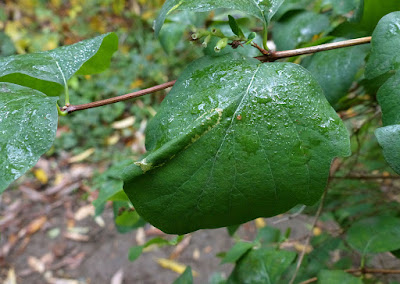 Anyone interested in botany will be familiar with the clump of Snowberry growing by the public footpath behind the cabin. Last September I finally found some lepidopterous mines on it which turned out to be those of the Large Midget (Phyllonorycter emberizaepenella). They are not common miners in the UK and are the first of this species I have seen anywhere. They are underside mines which cause the leaves to pucker as shown. 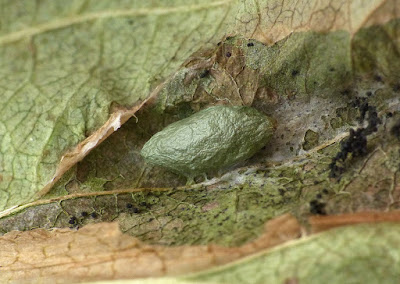 Shortly after collecting a couple of mines the larvae spun these neat, rugby ball shaped cocoons. 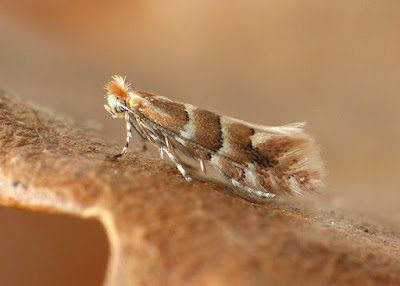 After the pupae had over-wintered in my garage they were brought indoors about a month ago and the first adult emerged this morning - all 5mm of it.

The area behind the cabin seems quite rich in leaf mining moths for some reason, it often produces good finds.

Interesting stuff after you showed me a mine a while back

A lot, if not all miner populations peak and trough quite dramatically. After years of drawing a blank with this species, last year I found it at four sites including some on my garden Honeysuckle. Interesting to know it may have been present at CB for many years.