Around 60 species recorded with at least 12 to add to the year list which now stands at 226. 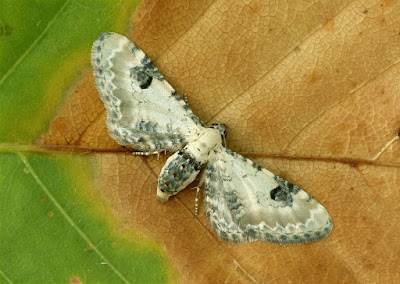 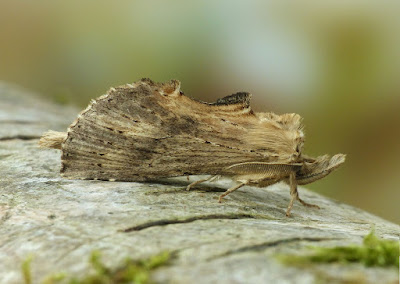 One of two Pale Prominents - the classic "dead twig" moth 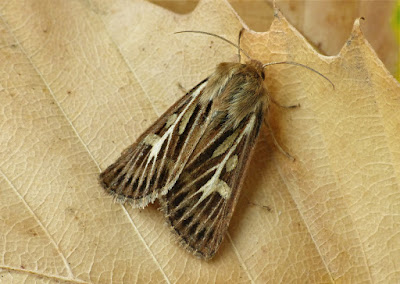 Antler Moths becoming quite common now, this one was in the cabin! 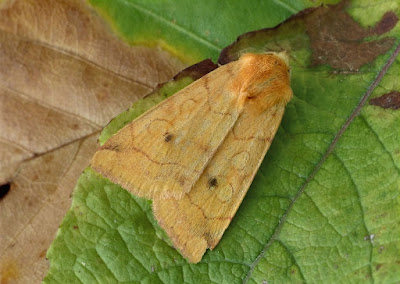 Angle-striped Sallow - One of five of this northern speciality 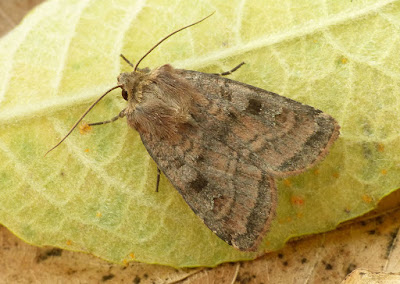 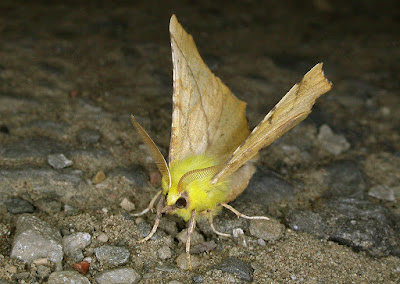 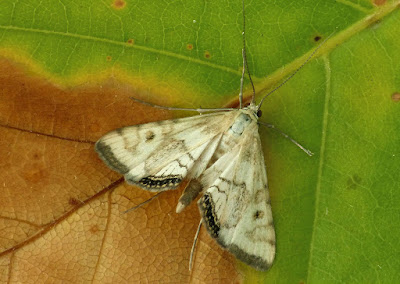 One of several Small China-marks of both sexes made an appearance. Possibly coming from the nearby wheel-wash ponds 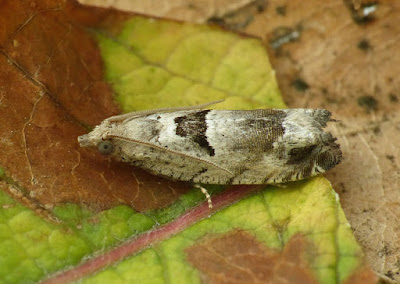 This Small Birch Bell (Epinotia ramella) was netted before the lights went on - one of twelve new species for me on the night. 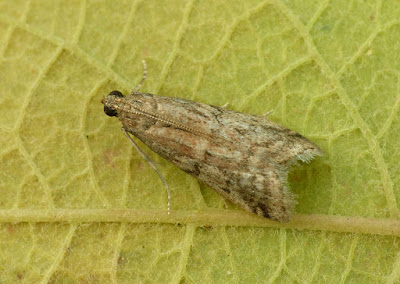 Last but not least this False Cacao Moth (Ephestia woodiella) was in the trap just before dawn. It's a VC 63 first and only the second county record.
Posted by charlie streets at 11:12:00

Pale prominent is only the second record for calderdale , PT had one in 2001 just along the road at Park Road....great selection there Charlie and barry..hope I can make the next one ......

That's great, I had no idea they were so scarce around here.
We also had an Ephestia species, it may be just a Cacao Moth or something much better..........

I've posted a pic of the Ephestia sp.- foodstuff the larvae eat include cocoa beans, nuts and dried fruit, so should be able to rear them on Cadbury's Fruit and Nut bars I reckon :-)