Had a nice stroll around the reserve today on a nice but windy
afternoon, plenty of bird song about which was nice to hear.
First birds seen were Blue Tits, Great Tits, Nuthatch & Robin
on the car park feeders, then over the weir bridge was an unknown
bedraggled and soaked bird and then a Long Tailed Tit by the
kissing gate, on to the viewing area and a Jay was just flying off,
it was seen twice again later in the day, 4 Bullfinch, 2 Coal Tit,
3 Blue Tits, 3 Great Tits, 1 Dunnock, 2 Wood Pigeon, 2 Robin.
Over the bridge on the river were 2 Goosanders and 2 Grey Wagtail
one was a young un, then down by the river 2 Blackcap, 1 Wren,
2 Chiff Chaff, and a couple of Damsel fly's, down at the reed bed
Sedge & Reed Warblers were singing like mad but stayed hidden,
Mistle Thrush was seen down there and a Reed Warbler showed
itself over the canal and then a Whitethroat and a Willow Warbler',
on the way back to the car on the canal path seen a Heron flyover
and then a Kingfisher flew along the river.

Bumped into a lady with a basket full of Mallard ducklings and there
mother that had been hit by a car nr Brighouse she let them out on the
canal and crossed her fingers for their future, then was talking to a
Gentleman who was disgusted at Cormorants being shot and Otter
traps been set down at the fishing lake. 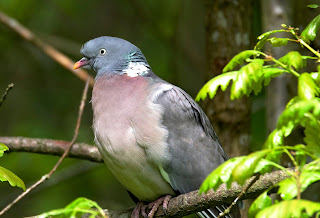 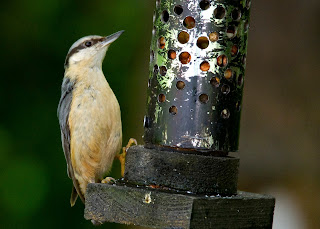 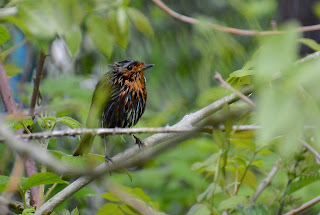 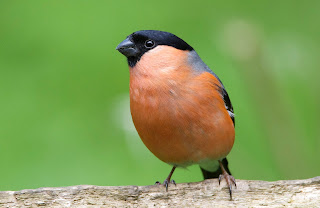 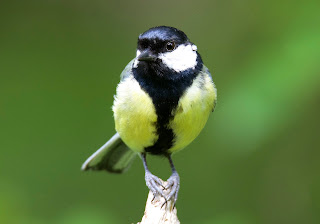 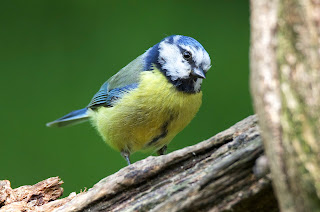 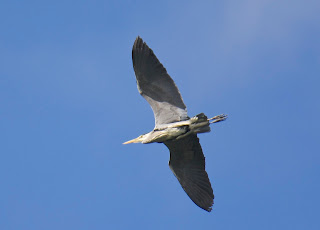 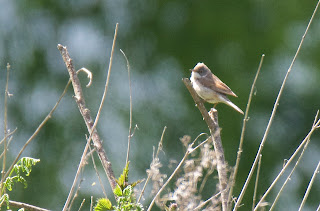 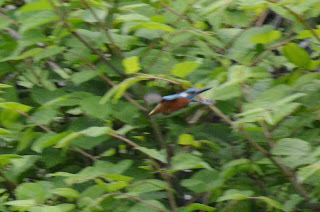 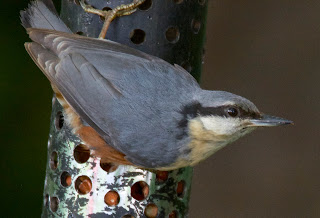 I am worried about the use of the words Otter traps!
Does he mean Mink Traps? I believe Otters are protected & even capturing one is an Offence. I am hoping & suspect they are after Mink, but this needs looking into.
Shooting Cormorants, This is allowed, but I don't know if it's seasonal, What are they shooting them with? & are they allowed to discharge that type of weapon on those ponds?
The Gentleman should have been putting these concerns to the local WCO, who will check the facts out!
Sounds like a nice stroll otherwise!

Don't know Barry I'm just going on what he said and that his brother in law has sacked fishing there because of the cruelty.

I understand (from a couple of year ago) that they are allowed to shoot two cormorants in 12 months! Which two?

I've seen the bedraggled bird in the feeding area before and it looked bedraggled then even though it was a nice dry day. Not sure what it was!! 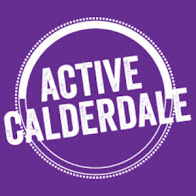