Where Have all The Siskin Gone?

Spent a while today wondering why there was so few birds on the feeders - They clearly were very wary of something.
I had 2 occasions when a Male Sparrowhawk made strikes at our feeding area, on both occasions a Siskin was taken - Adult Female on the first & Juv on the second.
He wasn't even trying hard to get them - We had created a Candystore for him!

As I was leaving - We had a second small work party on their way down to add another "tree" to disrupt his flight path at our feeders, we won't stop him getting his dinner somewhere, but we can make sure it's not laid out on a plate ready.

On a brighter note - Eventually late afternoon I finally managed to see a Redpoll, I now believe they may be back !!!


Not the most fantastic specimen - But is a Redpoll: 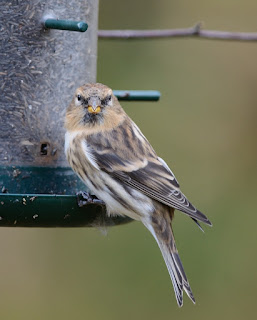 Trying the other side: 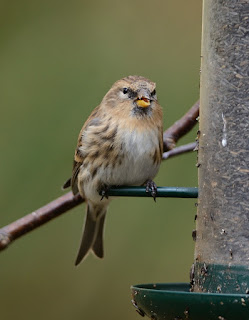 Sharing with the one the Sparrowhawk had for Tea! 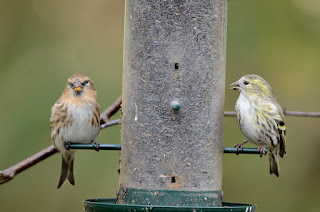