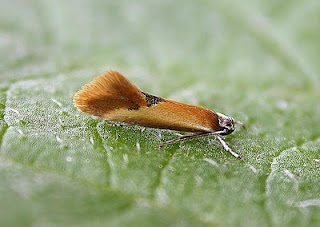 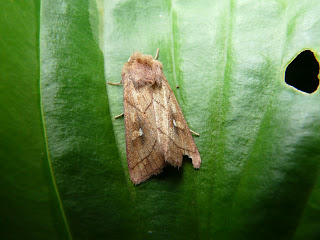 Top pic by Charlie Streets of the micro moth Batia lunaris and below the Brown line Bright Eye by Andy Cockroft
Many thanks to all who attended its was a good turn out.. The evening started A bit slow but by 12ish there were all most too many moths to catch,The highlights were above Brown line Brown eye which was the first local record since 1966,Silky wainscot,Southern wainscot,Dingy Shears (only the second local record) and in totall we identified 62 species(with still a few to sort out)a couple of Hawkmoths showed late on for the camera men to get a few pics.We are planning another night on the 18th August when we will be running 3 traps,which should make it a lot more interesting for the spectators.Hope to see you all there ..many thanks Andy,Bri ,Peter and Charlie(thanks to Bruce for all the e mails etc)
Posted by AndyC at 22:27:00

Thanks guys for an interesting night and getting the traps on site and up and running , Much appreciated

Colin, can you send me your email address to discuss a possible botanical trip to Cromwell Bottom.